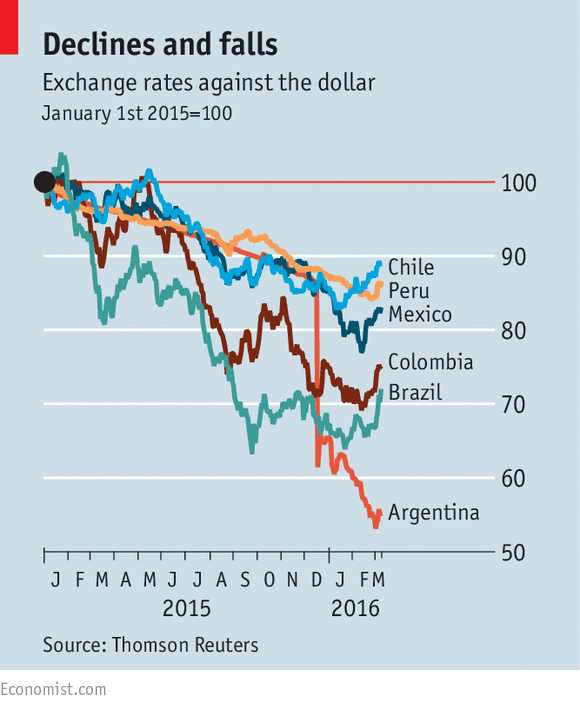 OLDER Latin Americans still have vivid memories of hyperinflation. Bello recalls changing money in dark doorways in the mid-1980s in Bolivia and being handed a truncheon of greasy banknotes secured by rubber bands. Peru went through a futile currency reform in which the sol lost three zeros and was briefly renamed the inti, which promptly racked up more zeroes.

Hyperinflation destroys businesses, undermines political systems and hits the poor especially hard. Latin America should have learned this painful lesson. So when in Caracas recently Bello was given a large shoebox packed tightly with banknotes in return for a few hundred dollars, he received it with an eerie sense of déjà vu and dismay. Official statistics put the rise in the consumer-price index in Venezuela last year at 181%, the world’s highest; the IMF forecasts 720% this year. Venezuela is extreme in its economic mismanagement. But while the rest of the world worries about deflation, across Latin America prices are rising. In Argentina, inflation is forecast to spike from 27% to 33% at an annual rate; in Brazil it stands at around 10.5%; in Uruguay, it is only one point lower, and in Colombia it has climbed to 7.6%. In Chile, Peru and Mexico it has also ticked up.

Read the full article on The Economist.