Brazil’s state-run oil company, Petrobras, reported a record quarterly loss of $10.2 billion Monday due to a large reduction in the value of some assets amid lower oil prices.

Petrobras has been at the center of a sprawling corruption scandal that has ensnared some of Brazil’s most powerful lawmakers and business executives.

The embattled company said it lost 36.9 billion reais, or $10.2 billion, in the fourth quarter. That brought its full-year 2015 result to a $9.6 billion loss. Net sales, or total sales minus sales taxes, was $23.5 billion for the quarter. Adjusted earnings before interest, taxes, depreciation and amortization totaled $4.7 billion.

Once the crown jewel of Brazil’s government, Petrobras’ image quickly lost its luster amid mismanagement and corruption.

Read the full story on AP.

Argentina will tell Brazil it wants to maintain a cap on Brazilian car imports for at least another year, the Clarin newspaper reported on Monday, dealing a blow to its neighbor’s hope of liberalizing the trade.

“We understand that they want to begin the total liberalization of trade (in cars) this year. But we’re going to propose the existing system be extended,” Clarin cited Industry Secretary Martin Etchegoyen as saying.

Read the full report on Reuters.

Brazilian President Dilma Rousseff has insisted she will not resign over her alleged mishandling of the economy after moves to impeach her. She accused her opponents of causing a political crisis which she said had damaged the economy. Rousseff also defended her predecessor, Luiz Inacio Lula da Silva, over money-laundering allegations.

Read the full article on the BBC.

Global efforts to curb the use of coal-fired power plants may provide a lifeline to Brazil’s embattled sugar cane industry. That’s the bet of companies including Cosan SA Industria e Comercio, co-owner of the world’s largest sugar-cane processor, which formed a $130 million joint venture for making sugar cane-based biomass pellets that can be burned to produce electricity.

Brazil’s retail sales fell twice as much as forecast in January as double-digit inflation and rising joblessness take a toll on consumers’ purchasing power.

Sales fell 1.5 percent after a 2.7 percent drop in December, the national statistics agency said Thursday. That was more than all but one prediction from 39 economists, whose median forecast was for a 0.7 percent decline. Sales fell 10.3 percent over the past 12 months. 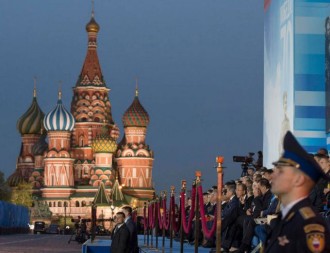 Brazil: If You Like Russia, You’re Gonna Love…
BY WALTER T. MOLANO
Russian bonds did very well last year. Sovereign bond prices rose, despite the decline in oil prices. Most investors pointed to the country’s strong leadership, and Putin’s commitment to rein in the fiscal deficit. Last month’s decision to cut government expenditures by 10 percent was well received. It is true that Russia should be given high marks for implementing an orthodox response to its terms of trade shock. Moscow has allowed the exchange rate to devalue more than 60 percent. The monetary authorities hiked interest rates aggressively to stabilize the currency, without burning through its international reserves. On the contrary, the central bank husbanded its reserves to help corporates meet external obligations. Russia was cut off from the international capital markets in 2014, following its invasion of Eastern Ukraine. But instead of forcing its corporates to default, the government provided them with the hard currency resources to meet their external obligations. Thus, it’s little wonder why investors reacted so favorably. The mining kings in Latin America may well be dethroned in the near future, as the commodity price rout has hit the revenues of some of the biggest firms, while opening up opportunities for the smaller players.

For Brazil-based Vale, the largest miner in the region, the situation is particularly tough. Even though Vale ranked number one in Latin Trade’s new Top Mining Companies –which lists the region’s largest mining firms by revenues– its overall numbers have been declining for past years. In the nine months from January to September 2015, the company reported revenues of $15.6 billion, compared with the $16 billion from the same period a year before.

Moody’s Investors Services on Wednesday became the third major rating agency to downgrade Brazil’s debt to junk, cutting its rating by two notches to Ba2, as the former emerging market star sinks deeper into the worst recession in decades. Moody’s said the outlook for Brazil’s issuer and bond ratings was negative due to the prospect of further deterioration in debt metrics amid a deep economic slowdown, as well as the risk of further external shocks.

Read the full article on The Globe & Mail

Approval of President Dilma Rousseff’s government has nudged higher amid recession and a massive corruption scandal, though a majority of Brazilians still want to see her impeached, a new poll showed on Wednesday.The number of Brazilians who favor Rousseff’s impeachment has slipped to 55.6 percent from 62.8 percent in July, while 40.3 percent now oppose impeaching her, compared with 32.1 percent in July, the poll said.

Brazil’s stock index posted the world’s biggest gain as iron-ore miner Vale rose to a seven-week high amid speculation demand from China will rebound. Eight of the Ibovespa’s 10 best performers were tied to the raw-materials industry as commodities and emerging markets rallied worldwide. Bloomberg reports.